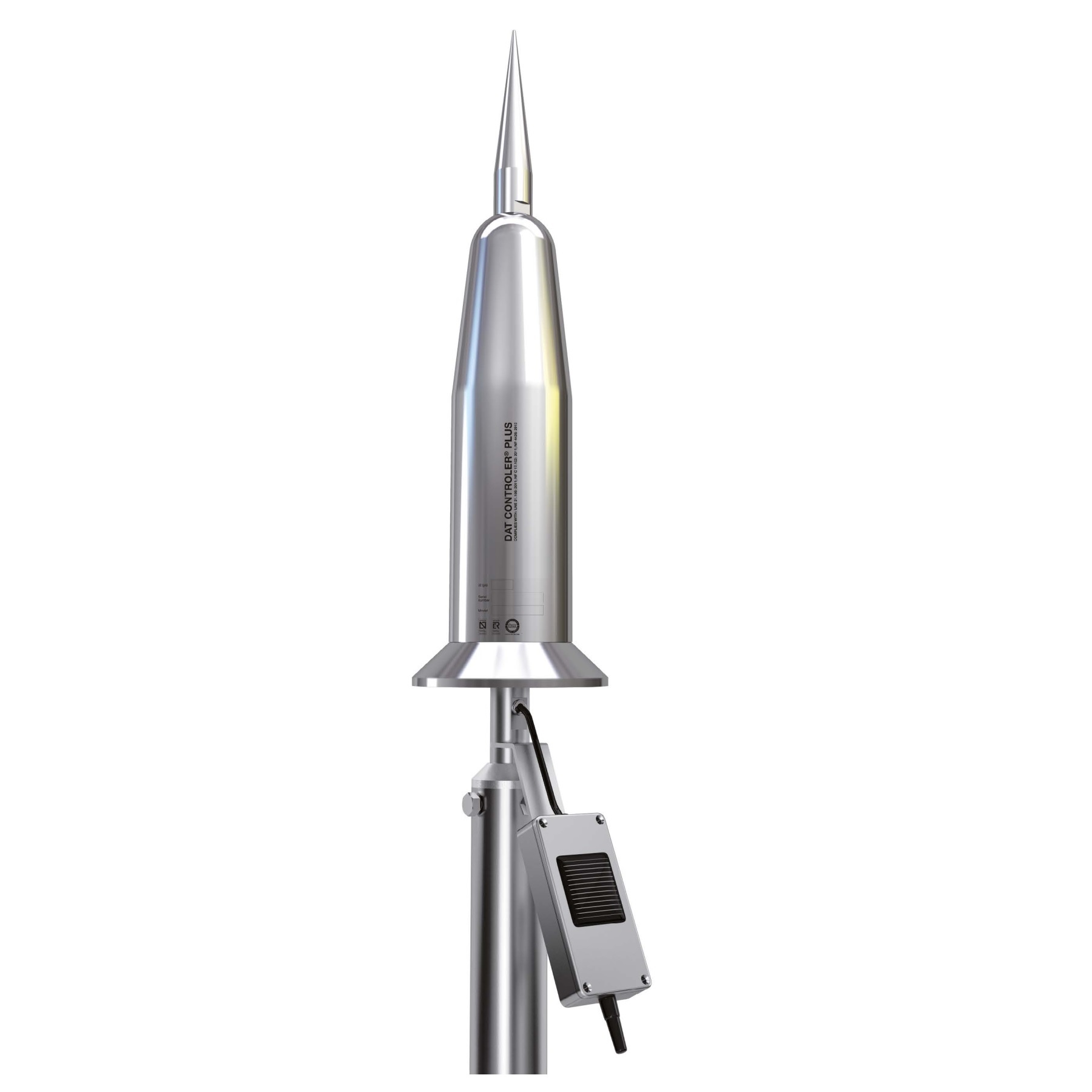 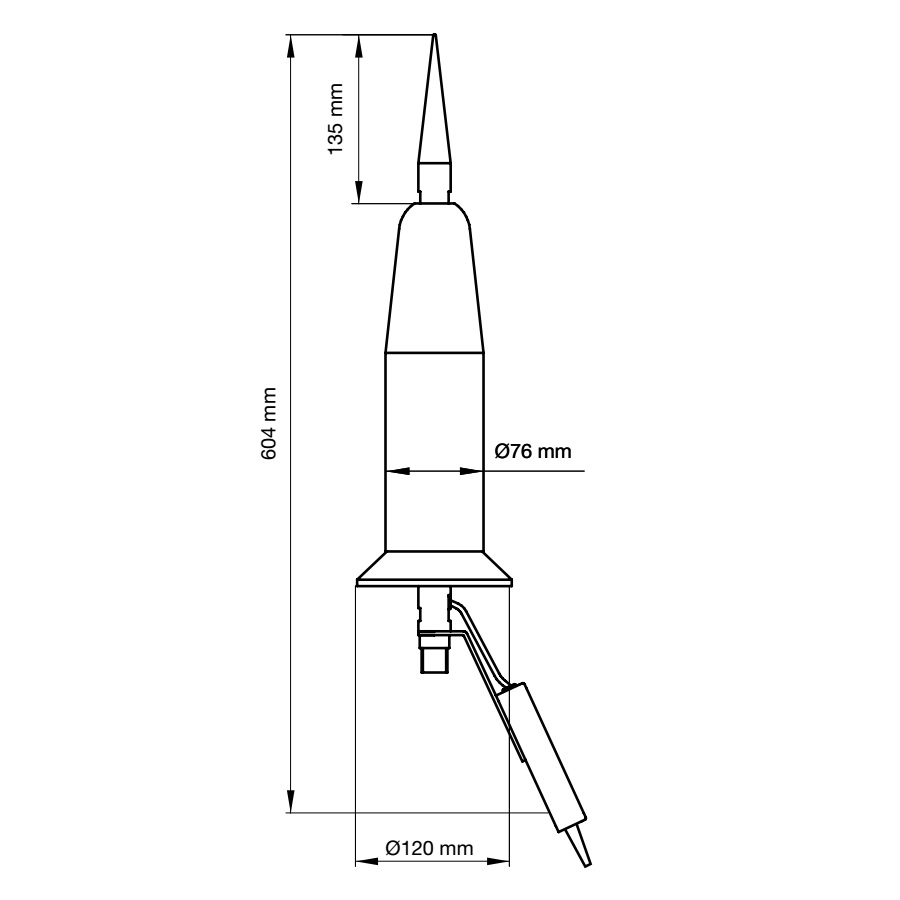 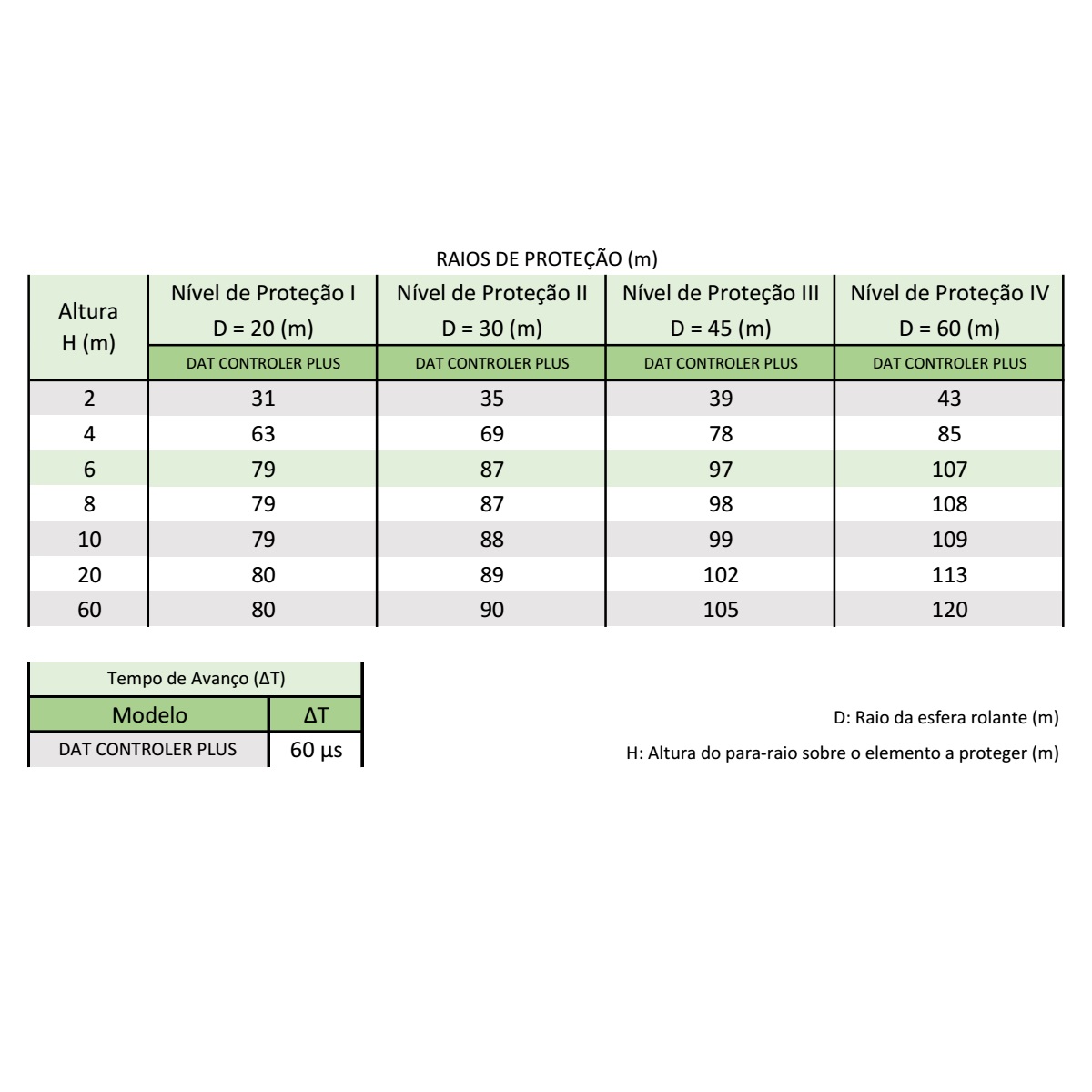 Lightning rod DAT CONTROLER PLUS with Early Streamer Emission (ESE) air terminal, it is the only APPROVED in ANGOLA, based on the electrical characteristics of lightning formation. The air terminal triggers the continuous upward leader before any other object within its radius of protection. This feature is referred to in the regulations as the advance timeof an ESE air terminal (ΔT). Become a remote testable ESE air terminal at up to 100m distance with the REMOTE TESTER device. To be installed in accordance with the following standards: - UNE 21186: 2011, NFC 17-102: 2011, NP4426: 2013 and NA 33:2014.

For budgets, questions or other information, please contact us.